I have a new Mac but will begin the B school experience soon. Plan on doing heavy modeling. If running Parallels on Mac don't solve the problem, thinking it could be worth it to buy a second laptop My wife is finishing b-school this May and has had a Mac the whole time.

She has regretted it from Day 1, even though she has taken very few finance courses and hasn't had to do much in Excel. Beyond the huge inferiority of Excel , I think the PowerPoint functionality is at best different, and likely worse.

Plus, Parallels, for whatever reason, barely works on her computer Windows runs incredibly slowly. Genuinely curious about how having a spouse in B School works.


Does she go to B School in the same city you work? I remember you will be going to B School soon, so will you again be in the same city? Could you please elaborate on why parallels didn't work well for your wife? Did it allow her to use the same shortcuts as PC, or no? What was the issue when you say "barely works"? Just an issue of processing same, or was she not able to adopt some PC functionalities. Would be useful to know as I am considering purchasing a PC though unfortunately bought a Mac a while back before thinking this through. Thanks in advance. Thanks, all - PC it is and as noted by several others, at a sizable discount to a Mac yet comparable in terms of performance.

If you've ever used Excel for Mac you'll understand. Exactly, most worthless piece of shit ever. For the same exact reason. 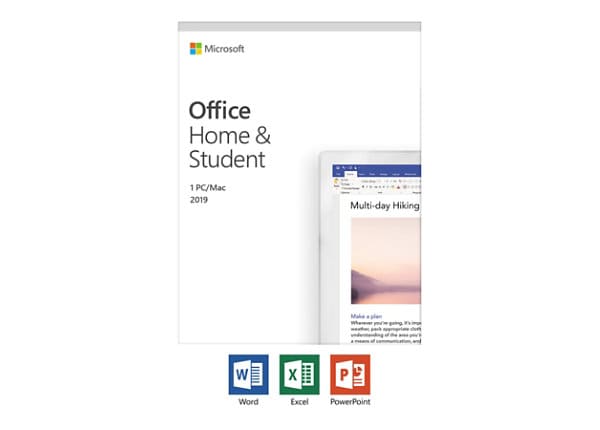 I had a group partner in college break down in tears as she had to do her Excel work on her Mac. Mac's are fun but function over form for me. I have Boot Camp on my Mac for the sole purpose of using Excel. Excel for Mac is the Jon Snow of the Office family. If you don't like having to restart your computer just to open excel in windows you should try a virtualization software like VMware Fusion parallels.

It allows you to run windows in a separate application letting you switch between PC and Mac operating systems effortlessly. I did this with my mac and ran trading software for PC through the virtualizer. SEC might have just explained why Excel for Mac is the way it is to me. Tru dat. Their employees would never to lay a finger on low-grade bucket shop equipment like hp or Dell. We went MAC 2 years ago, not ever going back. Some difficulties w Excel conversions, but workable if you know what you are doing.

For background, we got engaged right before my wife started b-school, and married between her first and second year. We do live in the same city, so I can't speak to what it's like to do a long distance relationship or anything like that, and we will be moving to the same "city" Hanover, NH for my time in school.

I feel like having a spouse in b-school is sort of like any other relationship where both partners have busy, demanding, and often different schedules. I don't think b-school is any different to any other busy job. Honestly, I haven't thought of it as a very big deal as the partner, but am definitely thinking about it more now that I will be the student.

On that note, the one in school will be really busy, especially first year. The demands are a bit different from a standard job, but if you basically assume a hour day at work for your wife, then it's not all that weird. We did not have to move for her school, so that made it easy. We both already worked in the city we live in, and when she chose to go to school here, that definitely removed a tough Decision Point for what was a non-married or engaged relationship. I would have moved with her, but that definitely would have been much different I may not have had friends there, possibly a different job, etc.

I will say that it definitely added to my schedule. I tend to enjoy doing that sort of thing I guess that's why I enjoy posting on here , so I doubt all couples are like that, but was something that made me much more busy. I always planned to go to b-school, and actually delayed applying for a year so that she would be done when I went another Decision Point.

For my school choice, it was basically a two-person decision. As you may have read, I picked Tuck over two city schools, which means very different career options and experiences for her.

How to decide between a Mac or PC for Graduate School?

While it was ultimately my decision, and not one that I would put on her, I certainly made it clear before both applying and signing on the dotted line that she could veto. She did not, and in the end, I think is the more excited about this move than she would have been for New York or Boston. I've written elsewhere about the merits of Tuck for a married student, so I won't go too much into that, but I actually found it to be the best fit for my situation.

In the end, I don't really see business school as all that much different from any couple where both parties have careers and are career oriented.

Best Laptop for Business Students: Our Picks in 12222

Everyone picks and chooses what works best for them and their spouse based on what they value. I certainly do emphasize making it as much of a joint process as possible if you're the one applying and going, while also being sure to own it in the end. PM me for more details, as I don't want to hijack this thread too much.

Didn't want to get too specific on here, and also didn't want to run on anymore than I already have. I'm talking about using Excel shortcuts without limitations, VBA scripting, etc. From what I understand it's PC hands down. But MACs are so cool. Currently deciding on what to buy for college. Do not get a Mac, had an advanced excel class in school where one day of the week, we had to go to the Mac lab due to room scheduling conflicts and it was an absolute nightmare trying to navigate everything in MAC.

Stick to PC, I currenlty have a Mac from college and am planning on switching soon so that I can do work from home since we get remote desktop access. Even though Macs are much better for private use, in the corporate landscape a PC is still the better way to go. It's all going to be junk in a few years. Buy something cheap but functional, learn how to take care of it really easy , upgrade memory or HD yourself, prolong it's battery life.


If you want to retain full excel functionality get a PC. Personally I'd just get both and just use the PC for work. If I can't use shortcuts in Excel , it'd be almost useless to me. Maybe it's a regional thing here, but a pretty sizable proportion of my network rocks the combo Macbook Air with high-powered PC workstation at home. Besides, usually roles that actively require you to work on the go significant traveling, etc.

As someone who also learned on Excel '03, I salute you sir. We're becoming a dying breed After several months of using them simultaneously, here's my take. Bottom line, if your work is Wall Street-facing, a Windows machine is the way to go. I was expecting far better from Windows. Surprisingly, even though Microsoft developed OneDrive, the OneDrive software interface on a Windows machine is ridiculously bad. Yet Apple's OneDrive interface is light years better. Makes no sense. The Apple software ecosystem is far better integrated.

Even though I can't access the Windows MS Office power-user keyboard shortcuts, it's ergonomically way more comfortable on the Apple machine.

Definitely use a PC. My big mistake was to get a Mac after being a long time PC user and have regretted that purchase ever since. That's probably the only thing that saves that Excel version. Moreover, when you format a spreadsheet in Mac Excel , the formatting doesn't hold when someone opens the same file in PC Excel. That can get embarrassing, as people would think you don't know how to perform basic formatting. Some keyboard shortcuts do not work or have to be accessed with slight modifications.

The biggest challenge is the keyboard layout for shortcuts.